2010 was Year of the Dumpling at the Grassgreens.

After it was all over, I made a poster, had it printed at 8 Days a Week, framed it and snuck it up on their wall. It was 2 years later when they noticed it. 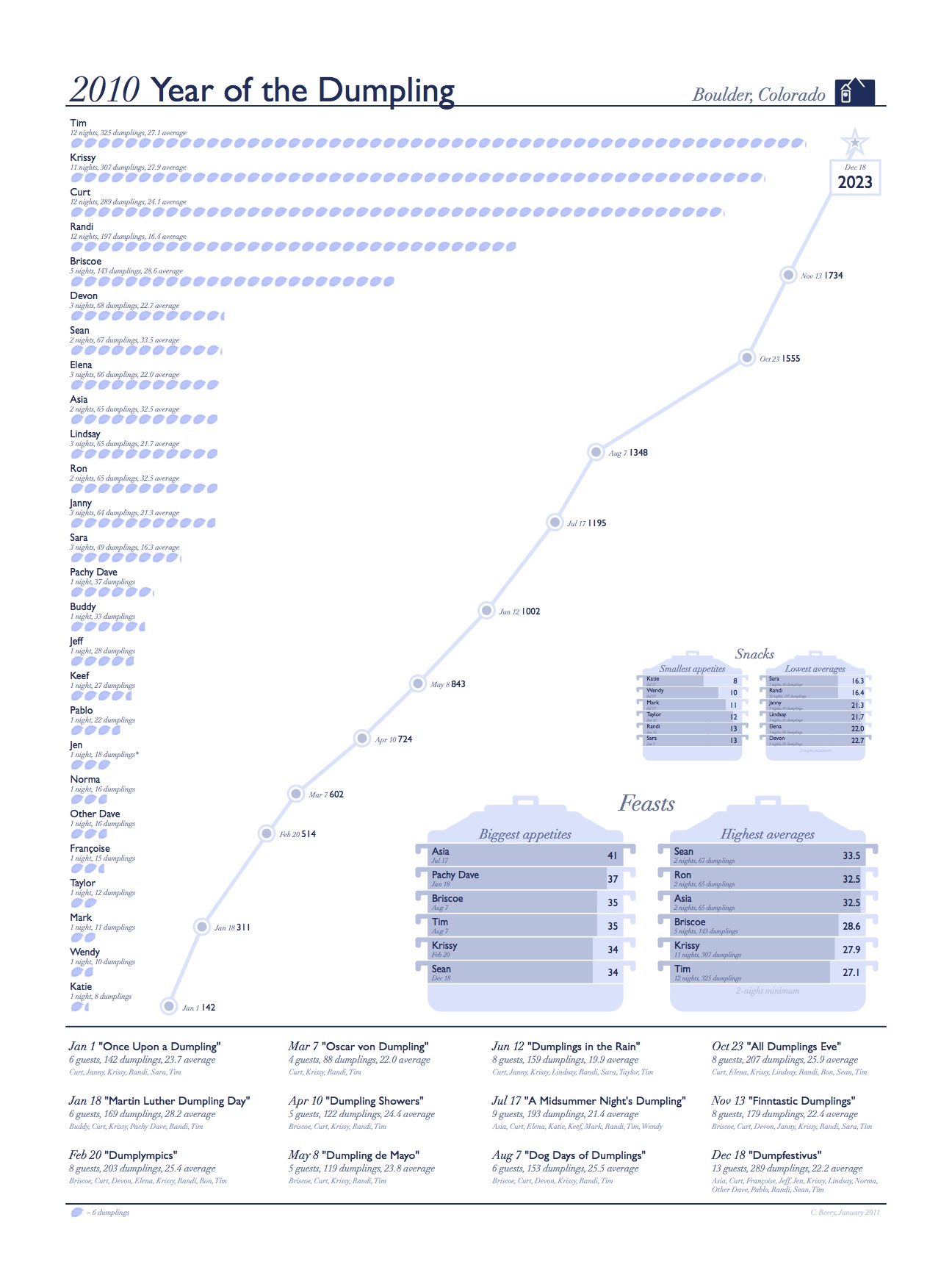 OmniGraffle was used to draw the whole thing.

I knew I wanted to depict the bar chart as rows of dumpling icons, so I grabbed some japanese food vector art (even though we are, technically, making Chinese-style dumplings) from iStockPhoto, then colored the dumpling blue.

And I made a little thing to look like the Grassgreen house.

Real-time statistics were kept by Grassgreen in a journal. The usual procedure was:

At some point I gained access to the journal and transcribed all the numbers into a spreadsheet, to be used for the graphs: 2010 dumplings.numbers (Apple Numbers doc). It's inconceivable that Grassgreen didn't do the spreadsheet work herself, but I never heard about it if she did.